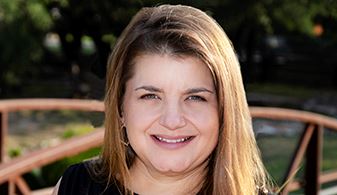 Jo Ann joined the City of Lakeway as its city secretary in 2014. Jo Ann supports the City Council and the City Administration in fulfilling their official duties, providing training and fostering compliance with the Open Meetings Act and Public Information Act. Jo Ann serves as the chief officer of city elections, provides public access to municipal records and serves as the City’s records manager.

She enjoys meeting new citizens and serving the community in an efficient and friendly manner. Jo Ann is a notary public and notary services are available to Lakeway residents.

Jo Ann is a native Austinite and has raised her two daughters in the Texas Hill Country. Jo Ann is a Texas Registered Municipal Clerk and earned her certification through the University of North Texas. She actively participates in the Texas Municipal Clerk’s Capital Chapter of City Secretaries, networking and training with other city secretaries in the capital area. She enjoys serving on the Bylaws Committee and mentoring new city secretaries.  Jo Ann is also a member of the International Institute of Municipal Clerks and pursuing her Certified Municipal Clerk certification. Prior to joining Lakeway, she served as city secretary for the City of Dripping Springs from 2007 to 2014. Jo Ann is avid football fan, loves gardening and growing food and enjoys spending time with her daughters.