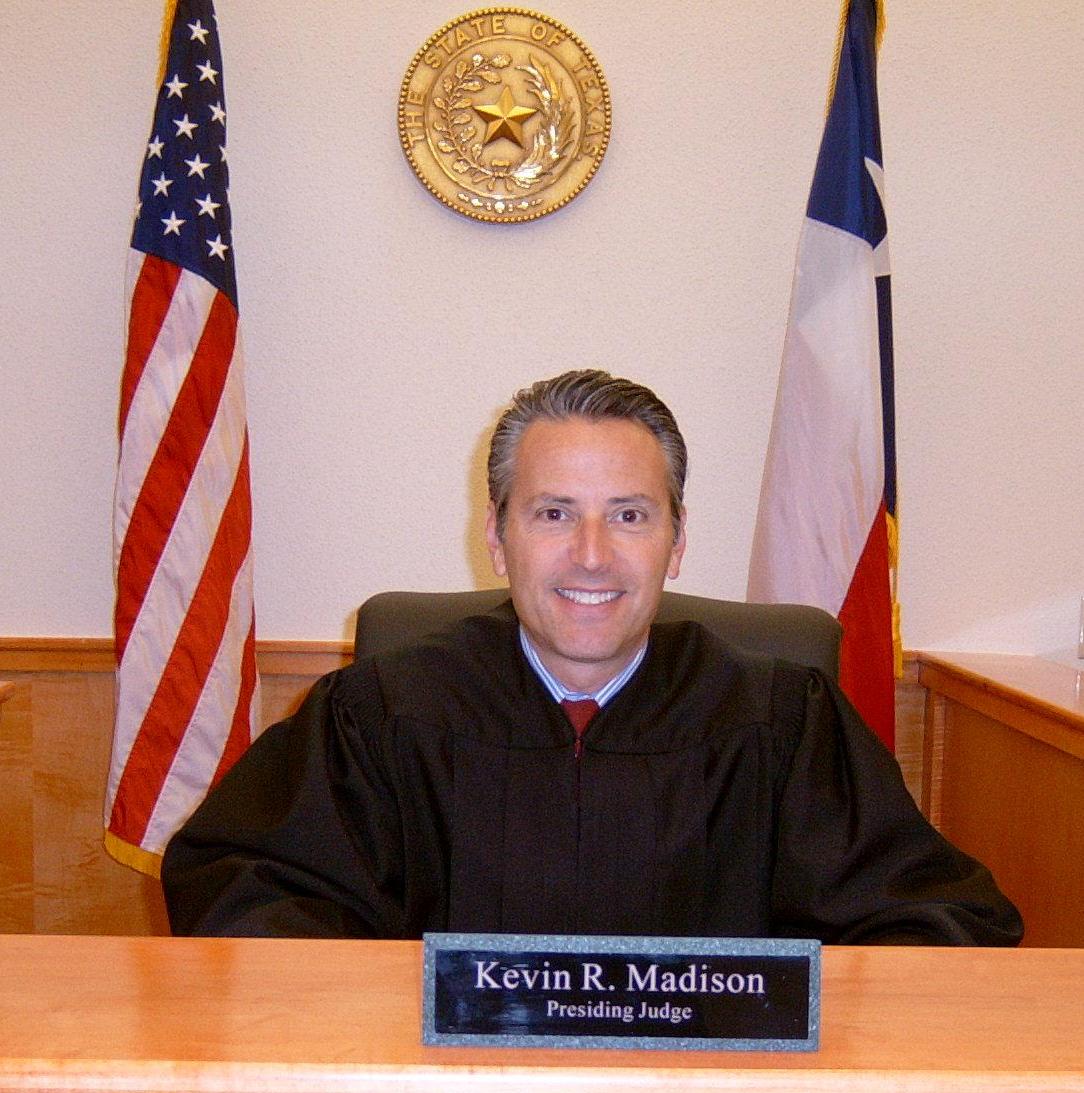 Presiding Judge Kevin R. Madison has been a municipal judge for more than 32 years and has been licensed as an attorney for more than 40 years. Judge Madison was awarded an AV-Preeminent rating by Martindale-Hubbell Legal Directory, which is the highest rating for ethics and competence.

Since 2008, Lakeway Municipal Court and Judge Madison have collected traffic safety initiative awards from TMCEC and Texas Department of Transportation (TxDOT). For winning this prestigious award two years in a row, Judge Madison was honored at the Texas Traffic Safety Initiatives Conference in Austin on May 28, 2009, where Lakeway Municipal Court was presented the Exemplary Court award.

Under Judge Madison’s direction, Lakeway Municipal Court has won 11 Traffic Safety Awards – more than any other Texas municipal court in this population category. Some of the innovative programs created by Judge Madison are now used by other municipal courts throughout Texas. These programs include creating public safety slideshows that are played in the courtroom and lobby; designing a bumper sticker with the court’s telephone number to report unsafe driving of teens defendants who are on probation for traffic offenses; displaying photographs of fatal collisions in the lobby of the court; writing teen driving contracts that parents may download and use for their children; posting displays and delivering presentations on driving safety; featuring traffic safety links on the court’s website; and making community outreach presentations on preventing teen fatalities.

Judge Madison served on the TxDOT Speed Management Committee, which is committed to finding integrated speed management solutions on Texas roads and highways to reduce injuries and deaths. Judge Madison started the first Teen Court program in Travis County that coupled four municipal courts into one teen court program and initiated community service programs for Lakeway defendants that directs community service into our local community.
In addition to his judicial duties, Judge Madison continues to serve as a volunteer Firefighter and EMT First Responder. He has done so for over 20 years.