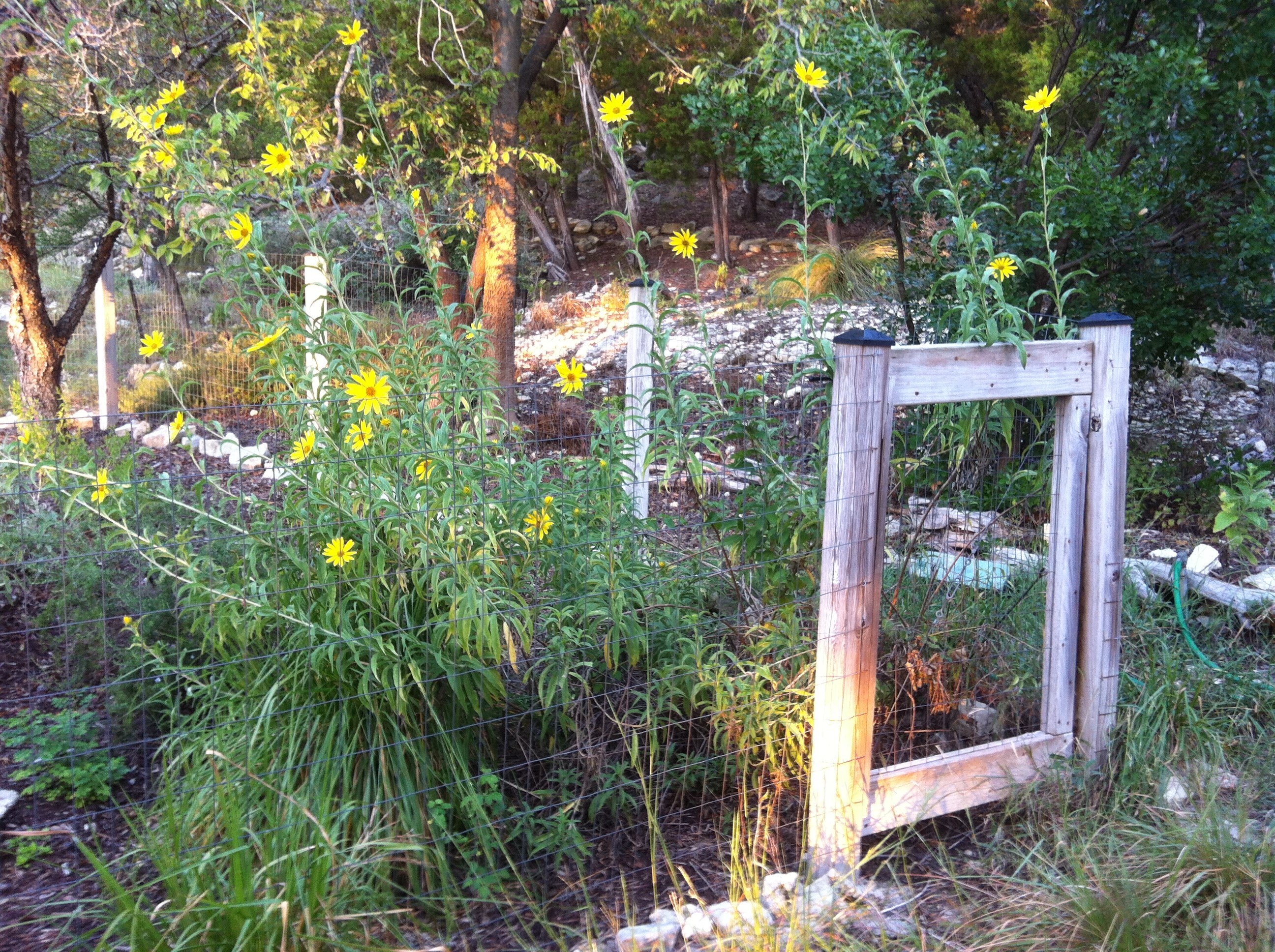 The Butterfly Garden, located along the Middle Trail in City Park, is a memorial to Bernard M. "Jake" Jacobsen, husband of former Parks and Recreation Commission member, Patricia Jacobsen.

Jake would have his daily talks with God as walked in the park.  However, as he became frail with cancer, he began to wonder if his words were being heard. One morning, a beautiful butterfly landed on his finger and as it lingered there, Jake felt it was a sign of reassurance and comfort.

Many friends sent memorials to the Park Fund in Jake's name and the Butterfly Garden was established in his honor. The location was approved by the Parks and Recreation Commission in 1998.  Amir Poursamadi of Custom Carving created the stepping stones and a pedestal.  Many hours of research and labor were donated by Lakeway residents.

The first plantings were completed in the spring of 1999 by Friends of the Parks.  Nets covered the initial plants and moth balls and Irish Spring soap slivers were scattered around in hopes of discouraging the hungry deer.  Still, the deer were persistent and finished off the lantana and daisies.

The first summer, Marv and Peg Hein, Nan Hastings and Patricia Jacobsen watered the garden by hand.  Just before the drought of 2000 an automatic watering system was installed that kept the garden alive with a cool spray every night at midnight.

As with all gardens, maintenance and annual replanting is necessary. During the spring of 2001, Master Gardeners Wayne and Liz Kesterson, spent many hours with the assistance of Freida Albert, Mary Lott, Lillian McCabe, Lyn McIntire, and Mary Ellen Roche spreading new mulch, creating a new zinnia bed, and adding new plants to attract more butterflies, larvae, and caterpillars.

Thank you to the many volunteers who have helped make this beautiful garden a living memorial in Jake's honor for all Lakeway residents to enjoy!