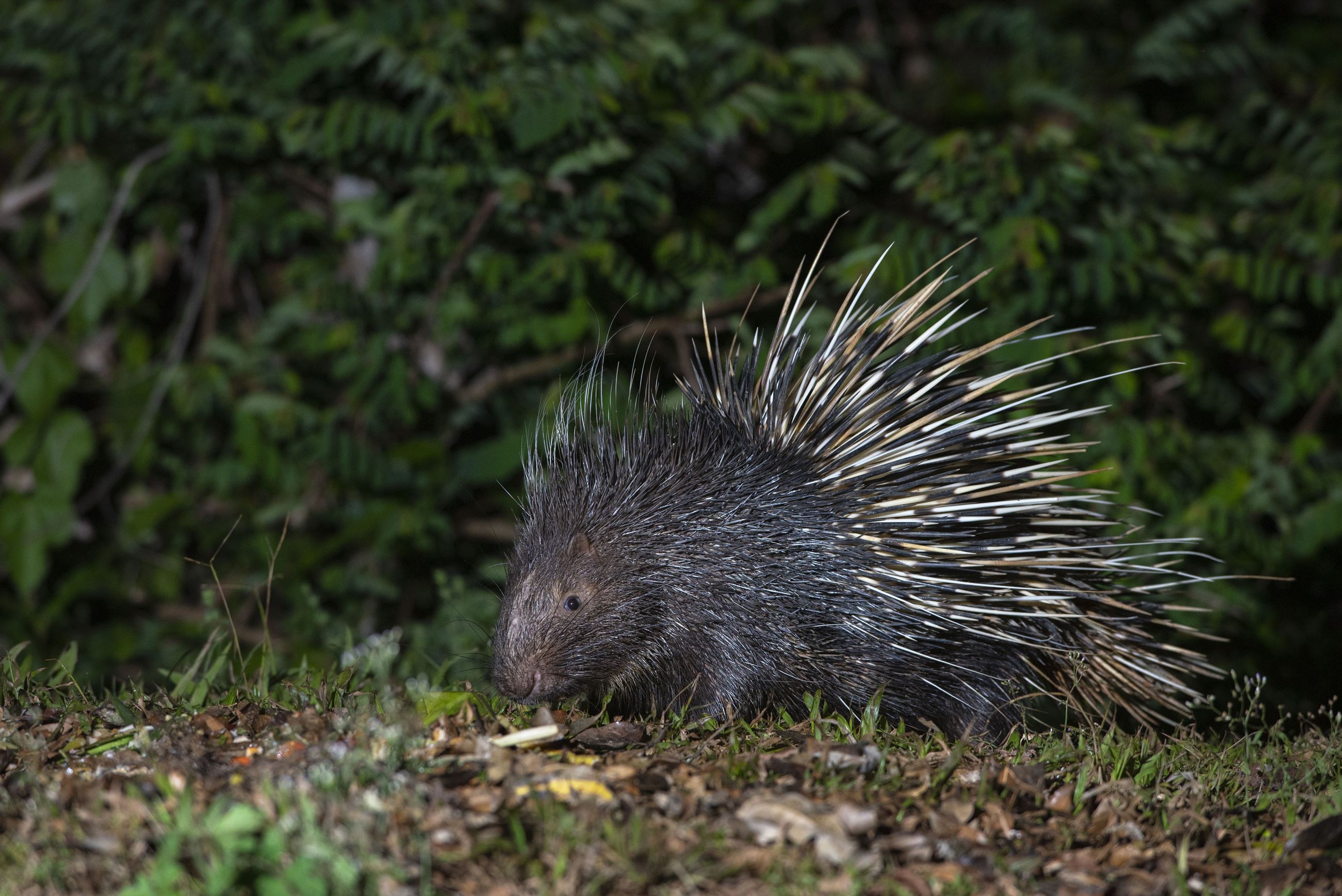 Porcupines have long been found in the western part of the state; recently, they became established in Central Texas, and we see them more and more in the Hill Country.  North America’s second largest rodent (after the beaver), porcupines are solitary, nocturnal, and eat tree bark. They climb trees, so heavily wooded areas are a prime habitat, but they may also build nests in rocky areas.  Porcupines are very vocal; they grunt, whine, moan, and click their teeth loudly in “battle chatter.”  Mating season can feature both sexes screeching at a siren-like pitch. Porcupines are not aggressive with other species, but if threatened they will turn around, spike up their quills, and shake their tail.  So, stay alert and keep dogs leashed, or canine curiosity may be rewarded with a painful lesson for them and an expensive vet visit for you.