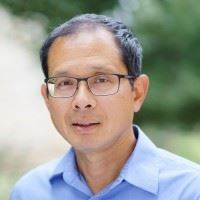 THIS CONCERT HAS BEEN POSTPONED TO A LATER DATE THAT HAS YET TO BE DETERMINED.

Kiyoshi Tamagawa, Professor of Music at Southwestern University and Associate Dean for the Sarofim School of Fine Arts from 2014 to 2017, has performed as a soloist and collaborative pianist throughout North America, as well as Europe and Asia. He is the 2013 recipient of the Collegiate Teaching Award of the Texas Music Teachers’ Association, and the 2016 Third Prize Winner of the American Prize Lorin Hollander Piano Concerto Award competition. His collaboration with the late violinist Eugene Fodor resulted in over thirty recitals and a CD of violin and piano music, “Witches’ Brew.” He received his D.M.A. in 1988 from The University of Texas at Austin, his M. Mus. in 1983 from Yale University School of Music, and his B. Mus. in 1980 from Oberlin College Conservatory of Music. His brilliance on the piano is only matched by his knowledge of his craft. You won’t want to miss this amazing and informative concert!