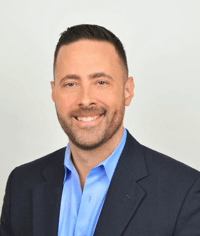 Jarrod Wise is the Communications Director for the City of Lakeway. He oversees community engagement, including disseminating important information to residents, businesses and guests, along with gathering and responding to citizen feedback. He manages the city’s primary communications channels, including the city website, social media channels and weekly E-Newsletter, The Lake Way. He works directly with the local media, and coordinates community response with elected officials. He is also chief spokesperson for the City. The Communications Director reports directly to the City Manager.

Jarrod received a B.A. degree in Broadcast and Electronic Media, and B.S. degree in Health and Sports Sciences, both with honors from the University of Oklahoma. Jarrod is currently in the middle of obtaining his Certified Public Communicator certification from Texas Christian University.

Jarrod enjoys travel and the outdoors, along with cooking, concerts and hanging out with friends. As a certified personal trainer, he is also a fitness enthusiast. He loves hound dogs, and is the proud daddy of a basset hound puppy.