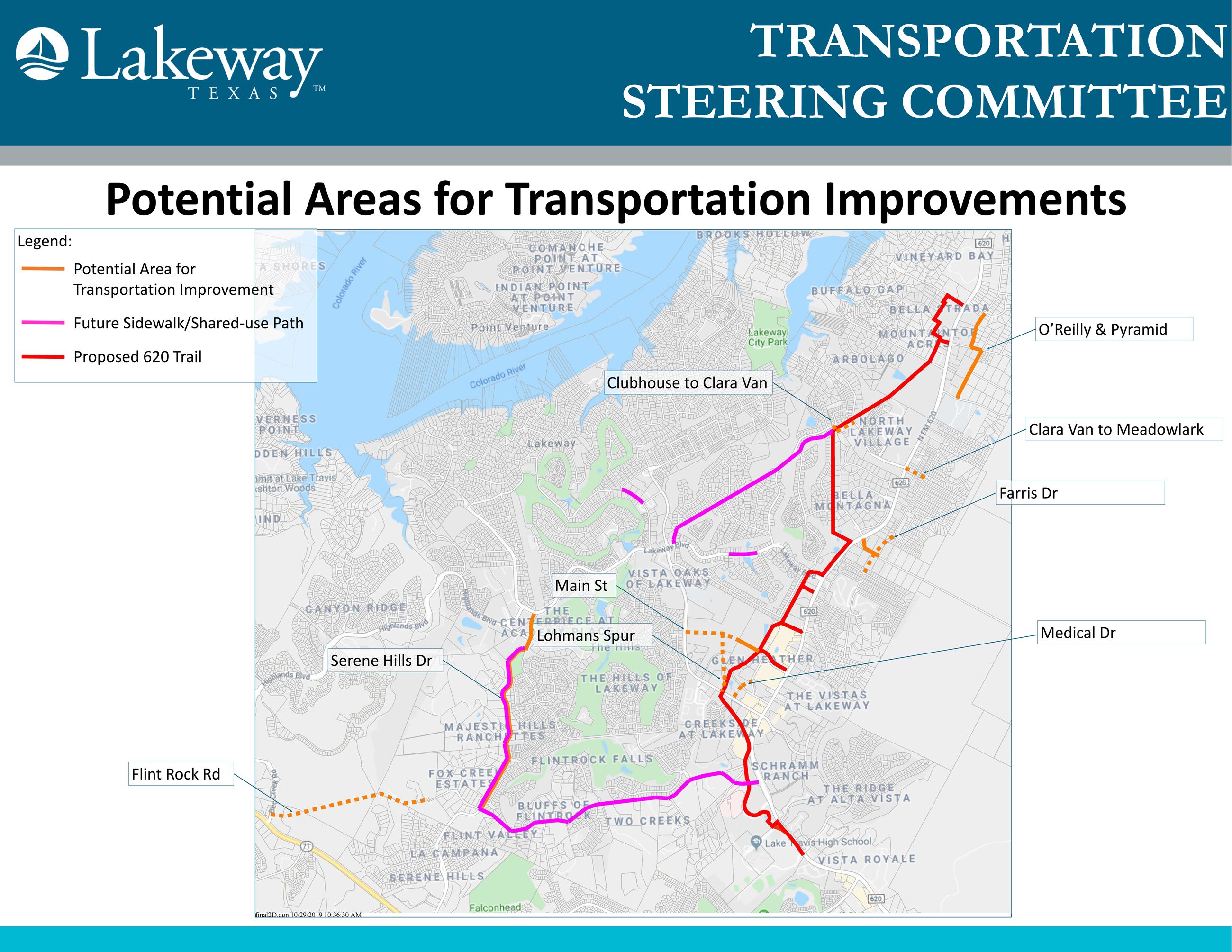 To submit your comments to the Transportation Steering Committee, you may print this form and send to :

You may also submit comments by emailing info@lakeway-tx.gov. Please tell us, with as much detail as possible, the traffic problems you experience in Lakeway (other than RR 620) and how you think they can be solved.

Comments must be received on or before Friday, November 8, 2019 to be included in the official open house record.

Your input is appreciated!

The City of Lakeway Transportation Committee was formed to help guide projects outlined in the local transportation study.

A Transportation Steering Committee, which was approved by City Council in mid-July, will help guide projects outlined in the study, along with input from citizens and City staff. The project will focus on several local roads and pathways, which could lead to relieving congestion and travel time from the main thoroughfares of RM 620 and Highway 71. The proposed project list includes streets throughout Lakeway that currently are not pass-through, like Main Street & Lohmans Spur, along with finding better connectivity solutions and road improvements to the East side of the City. The study will also seek public input by the end of the year before the final report is sent to the City in early 2020. At that point, projects could be attached to a Mobility Bond, which would go before the voters in May.

Estimated cost for the study is $127,950. It will be billed based on tasks completed. Traffic and turning movement counts will be paid separately on an as needed basis for each corridor, not to exceed $25,000 total. In City Council's vote to approve the study Monday night, Councilmembers agreed to also place a 10% not-to-exceed cap in the overall cost.

According to the draft version of the proposal, Huitt-Zollars identified the following projects to include in the study:

The study will kick off in August 2019. The following are the six tasks outlined in the Huitt-Zollars proposal, including draft timelines for each: