The Lakeway Police Department Honor Guard has developed over the years into a professional team of volunteer members who represent the City at various functions in the area.  The Honor Guard is a ceremonial unit composed of officers from various divisions within the department.

The Honor Guard is tasked with representing the Lakeway Police Department at events ranging from parades to funerals.  Careful attention to detail and extreme discipline are the hallmarks of our Honor Guard team.

The Lakeway Police Department is one of only a handful of departments in the country chosen to care for the U.S. Honor Flag.  The U.S. Honor Flag flew over the state capitol on 9/11.  The flag was then taken to ground zero in New York City where it flew over the rescue efforts immediately following the attack.  The U.S. Honor flag has been designated as a National Treasure.  LPD has hosted the flag on multiple occasions since 2011 when Chief Todd Radford was asked to sit on the Executive Committee for the Honor Network that oversees the flag's activities and security.

In 2013 the LPD Honor Guard uniform was presented the award for Best Custom Honor Guard Jacket by Fechheimer Brother Co.  (Read an article about it HERE) 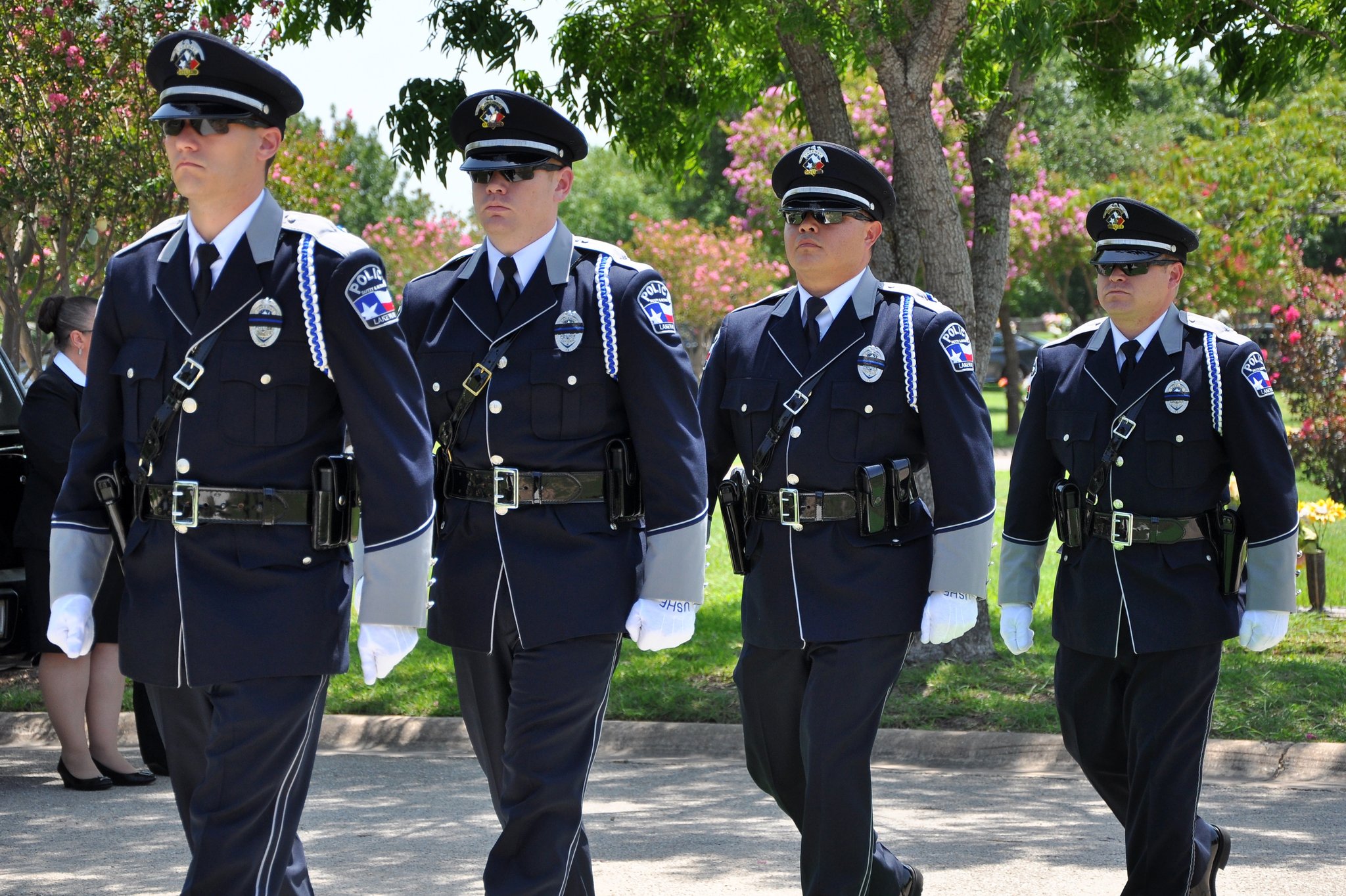