The Lakeway Police Department K-9 Program was established in 2013 with the addition of K-9 "Orka", who was donated to the department by the Austin Police Department.  From that point, the program was expanded with the addition of K-9 "Cory" who was purchased and trained with the financial assistance of the Lakeway Police Foundation.  Both K-9s and their respective handlers were trained and certified by the National Narcotics Detector Dog Association in the detection of various narcotics including, but not limited to: cocaine, marijuana, methamphetamine, and heroin.  The K-9s also received basic training in tracking, which provided LPD with the ability to track/search for fleeing fugitives and missing persons.

Since, "Orka" and "Cory" have retired after long and successful law enforcement tenures. A new addition to the Police Department was recently made with the donation of K-9 "Rino". Lakeway citizen and recent citizens police academy graduate, Melanie DeMayo, made a very generous financial donation to the Lakeway Police Foundation for the sole purpose of acquiring a new police dog.

“Rino” completed a 5-6 weeks training and has now become a certified narcotics detecting K9. K-9 "Rino" is assigned to Patrol Officer Neiko Shannon who, in addition to normal patrol functions, is responsible for seeking out those who are in possession of illicit narcotics and/or drug paraphernalia in Lakeway.  K-9 "Rino" and his handler are also tasked with public appearances at local schools and other community events in the Lake Travis area. 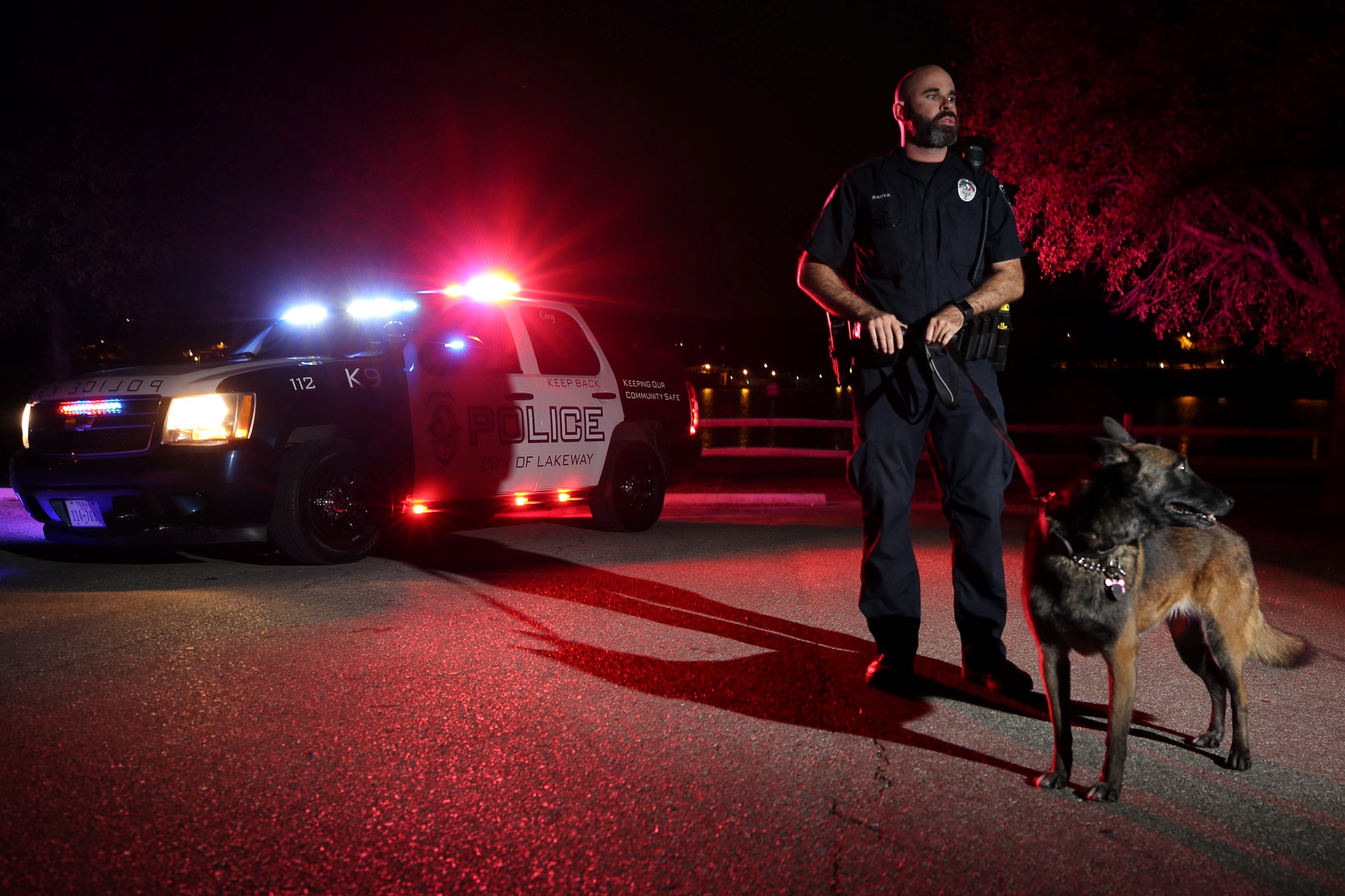