Pruning of oaks is prohibited from February 1 through June 30 in the City of Lakeway Diseased Tree Ordinance.  This is the highest risk season for new oak wilt infections.

Certain exceptions may be made for public safety or property damage issues.  Consent to prune oaks during the high risk season should be obtained in advance from the City Forester.  Read more about oak pruning restrictions and exceptions or contact the Lakeway City Forester at 512-314-7538 for more information. 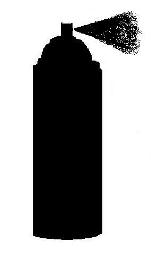 Oaks may be pruned from July 1 through January 31.  Pruning seal must be applied to all cuts of all sizes on oaks within 10 minutes - the sooner the better.

The safest time to prune oaks is during the coldest winter months of November, December and early January.  Oak pruning should be scheduled during this period whenever possible.

The second best time to prune oaks is in July and August during scorching summer temperatures.

September and October carry a higher risk level than the hottest and coldest periods, but not as high as the springtime months of February through June.  Prune with caution when temperatures are moderate.